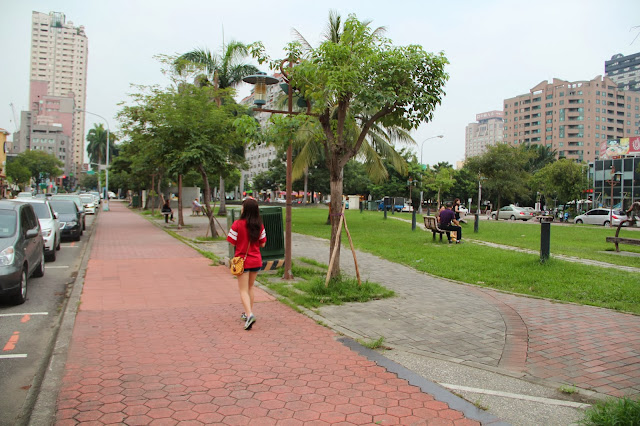 The most epic adventure i remember going on in Taiwan was trying to find Fantasy Story, a bunch of eclectic cafes that served up every delicious goodness possible. Why it was such an adventure was because prior to that, we (okay, me) left our international charger back in our hostel at Taipei and despite valiant efforts in trying to find one in Taichung, we ended up with none.

So despite the whole "we have no mobile communication whatsoever", we still decided to explore Taichung the traditional way. By using a tourist map and asking for directions. 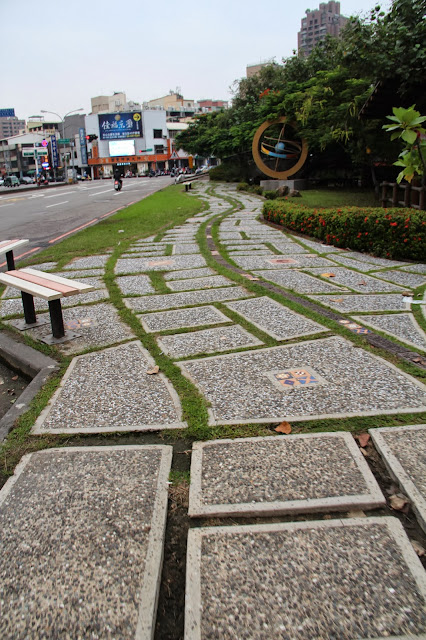 It should have been easy.

I mean how big can one place be and if it's such a hot tourist destination, the locals would know it right? Apparently, i was wrong. We ended up walking the same routes more than twice and i had to use a kidney dialysis centre's toilet due to a sudden stomachache. It is the most awkward thing ever because there were no rooms or anything and all the patients were just looking at you, walking in and nonchalantly use their washroom to shit. WTF.
We also kept getting mixed directions from locals who couldn't understand what "fantasy story" meant and despite our decent Chinese, didn't know what to call it. And so we walked up and down, left and right too many times till we were hot and bothered. 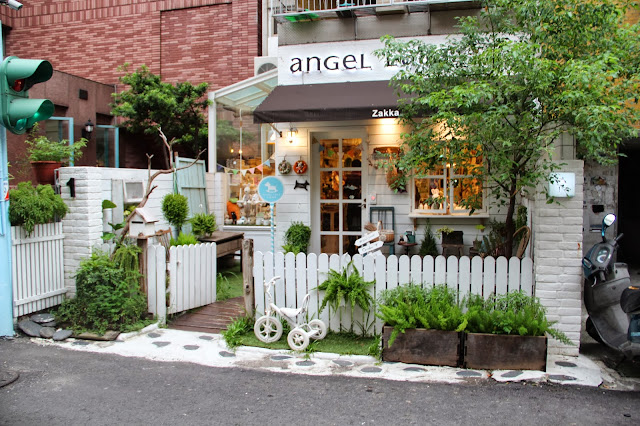 Tim and i actually thought this was it. But no joy!
It was just a standalone store:'( 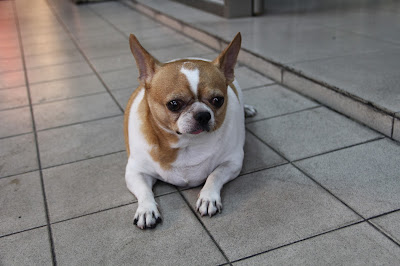 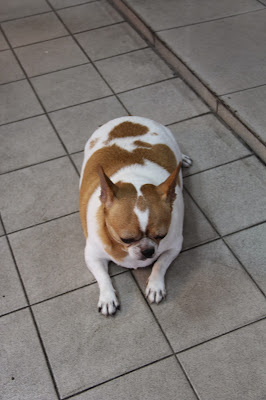 Seriously, we were so close to just flagging a taxi and heading back to our hostel but we had to give it one more try. We gave a last attempt to ask for directions from a coffee shop lady near the street we thought we were at. Ding ding! She didn't know any "Fantasy Story" :(((

But she did know that there were a bunch of cafes just all the way back from where we were at.

And we found it. 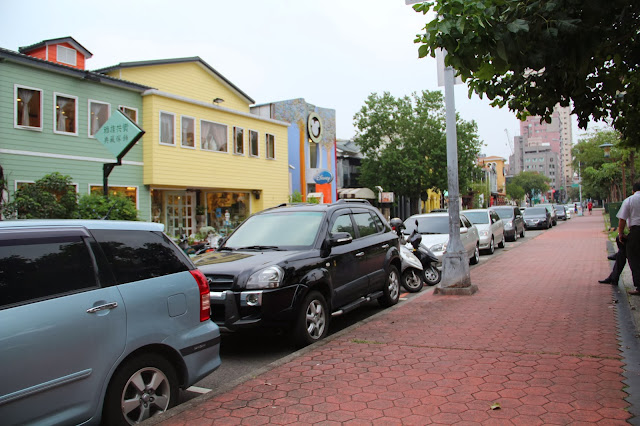 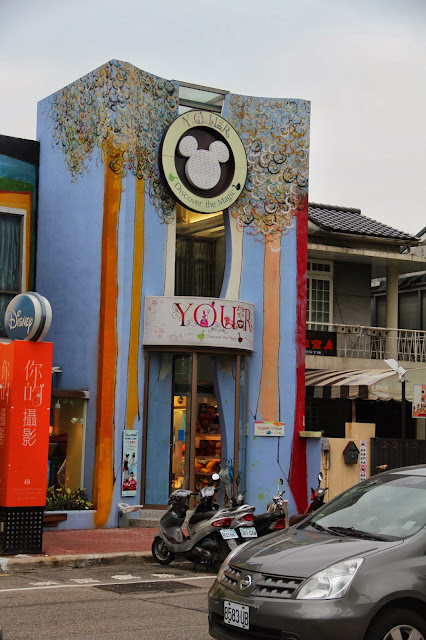 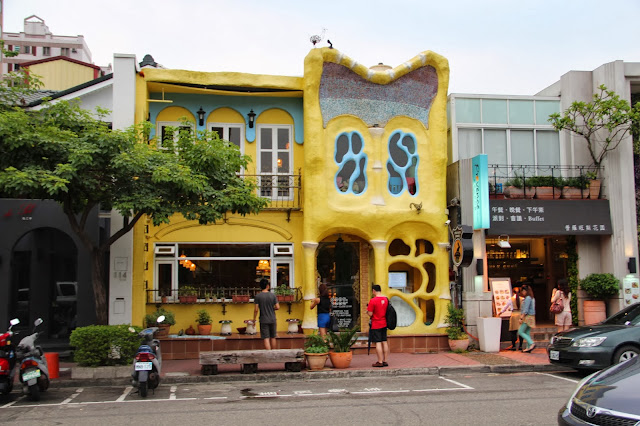 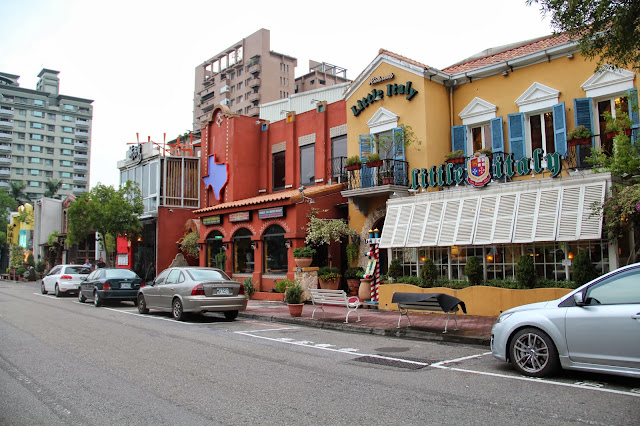 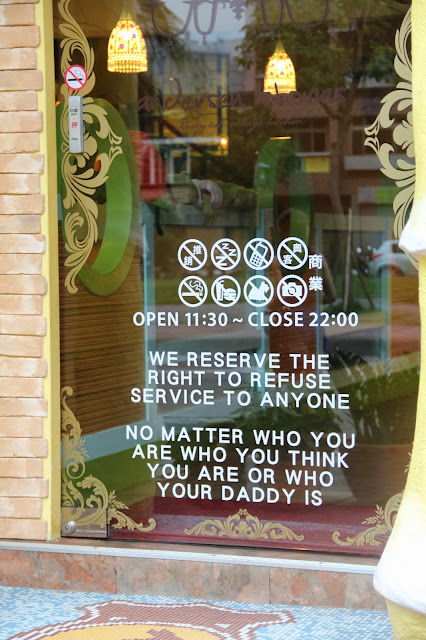 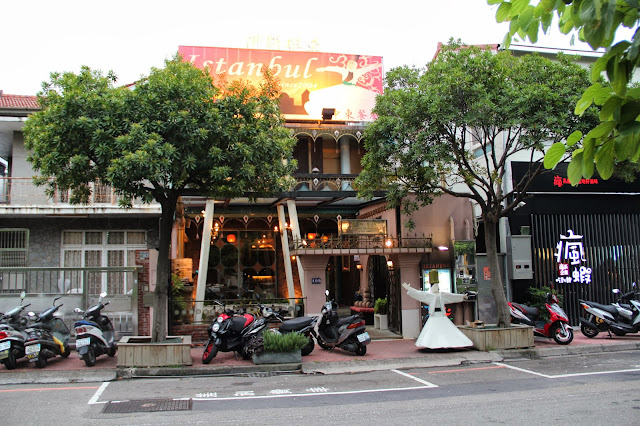 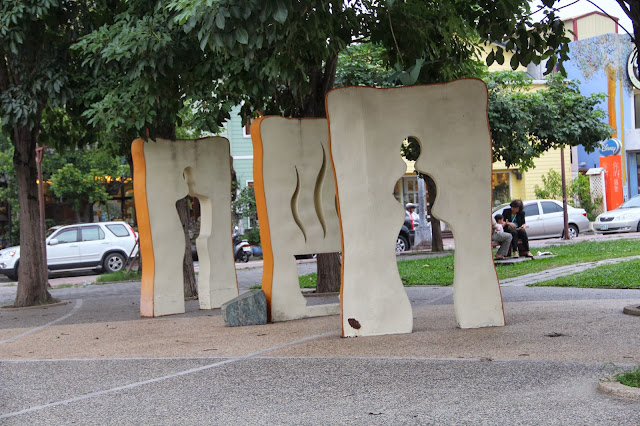 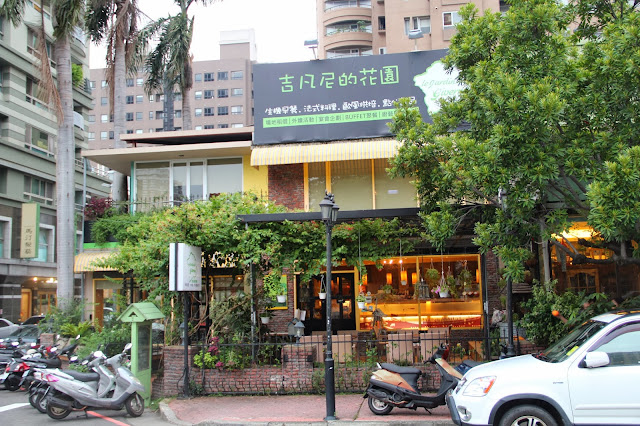 After probably 10km of aimlessly walking up and down and 4 hours later, we found Fantasy Story with a tourist map and trusty comfortable shoes.
And boy oh boy was the place so worth all that walking and time.

In fact, we got so excited at finding and exploring the place that we totally forgot how much travelling it took for us to get there. Tim and i both agreed that the place was worth it with those gorgeous architecture and drool-worthy menu. And we eventually settled on Pumpkin House for dinner where the food was great, the view was great and the service was fantastic.
Quite frankly, Pumpkin House deserves a post on it's own just because of it's decor and it will get it's own post.
But here's a little sneak peek just till it comes along. 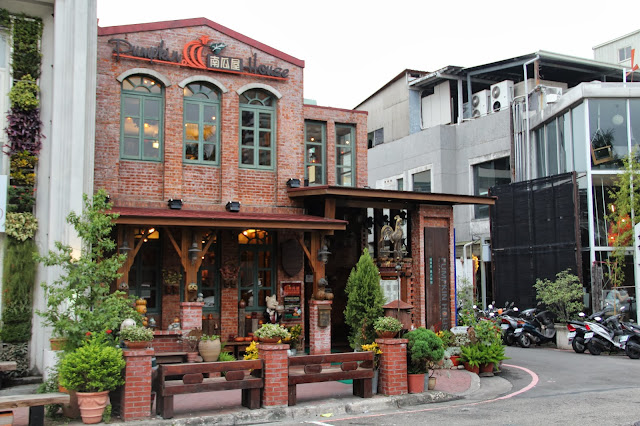 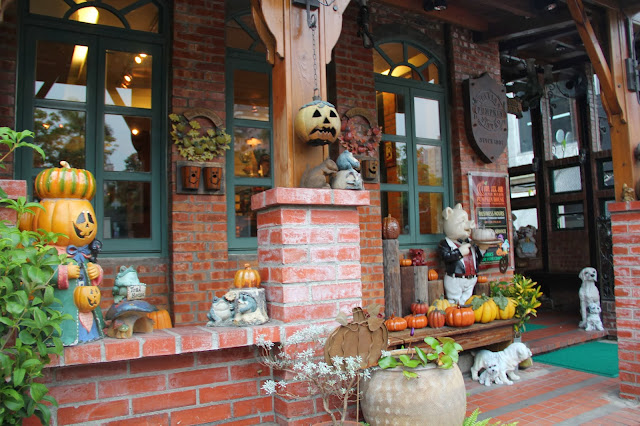 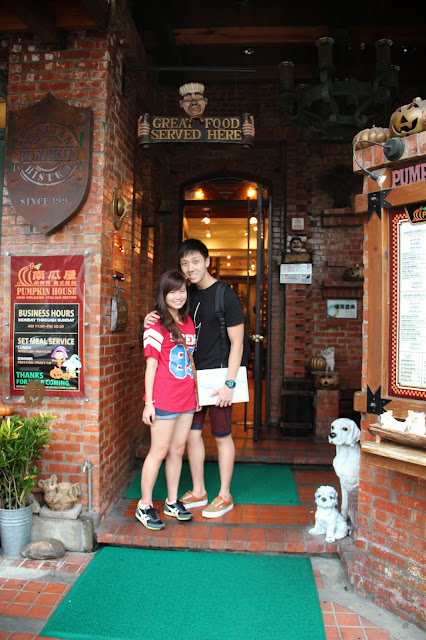 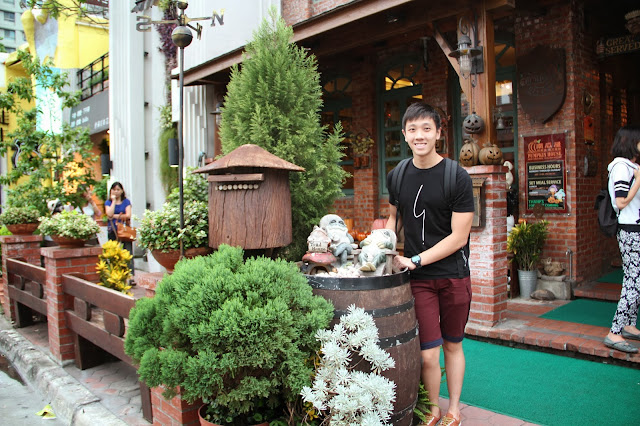 Couldn't have imagined the day with a more perfect ending.
Until we got back and realized that i had copied the wrong address for the place.
Opps...
Nevertheless, it was a good adventure and a damn awesome memory.